The fullback is having a great 1st season after graduated from college.

Dean was drafted by Orlando City SC with the 39th pick overall in the 2020 MLS SuperDraft, was released after 6 weeks, a few days later he signed with Birmingham Legion. He is having his 1st professional season in one of the best teams of the USL Championship.

Good body, built up, wide back, good muscle. He has strength, pace, and stamina. He runs from minute 1 to minute 90+5 with the same intensity. The pace and stamina are two of his best characteristics and that influence on his other skills and positioning. According to an interview, he practices yoga to gain flexibility.

Defending duels: Thanks to his body he is great at the shoulder to shoulder challenges, adding that to his speed makes him good in the 1vs1 duels when they are running side to side. His defending style is to get close to the opponent, he is not scared to get dribble because with his pace he can get back to the player. Dean average 5.75 defensive duels per 90 with 62.7% of success.

Covering: Good awareness when he has to cover the central defender. When the ball is on the left side, he pays attention when the attackers make the run to the middle and he chases them. 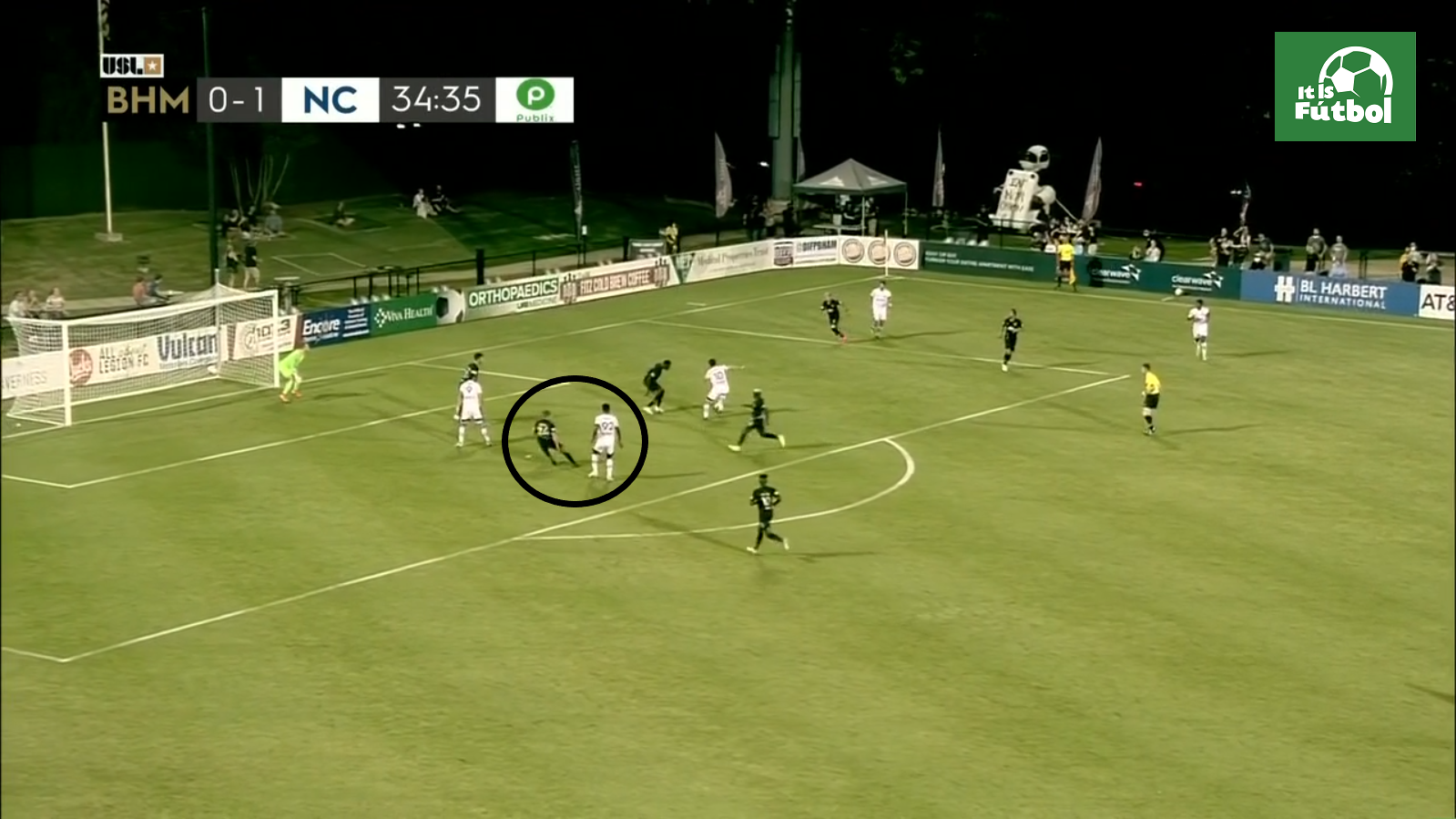 Tackling: Good timing and technique in the sliding tackle (55% of success), especially getting to the attacker from the lateral area. When he is defending in the wide-area he tries the block tackle and trying to stop the cross/pass. He intercepted 3.54 per 90 minutes.

Marking: Because of his pace, his marking style is to get close to the opponent. Sometimes he gets stuck man-marking to high in the field or in the center and leaves his zone unattended, this is an aspect he needs to get better. He has good timing poking the ball to the attacker without conceding a foul (9 fouls in over 1300 minutes and only 1 yellow card)

Heading: Decent header clearing the ball, he is not tall enough to be a great header, but he fights every aerial duel, uses his physical strength to win the position (47.5% aerial duels won), and makes the opponent uncomfortable when they jump.

Recovery runs: He is good in everything that involves runs, he has great stamina and pace to make runs when he goes forward, he returns to his position full speed. He has a quick reaction to go back. He covers the center back when gets out of position. In the attacking set-pieces, he stays in the back, his speed makes him a good in open space with a lot of meters behind him.

End product: When he is running in the wide-area he tends low and hard crosses, or even passes to the back when he is the final line. When he has space and time he is able to cross to the far post, but it’s not common, he usually gets to the crossing area (between the box and sideline) when he is running. His stats on the attacking side are good for a fullback: 0.79 shot assists per 90, 0.11 xA per 90, and 2.2 crosses per 90 with 36.11% of success. 1 goal and 5 assists. 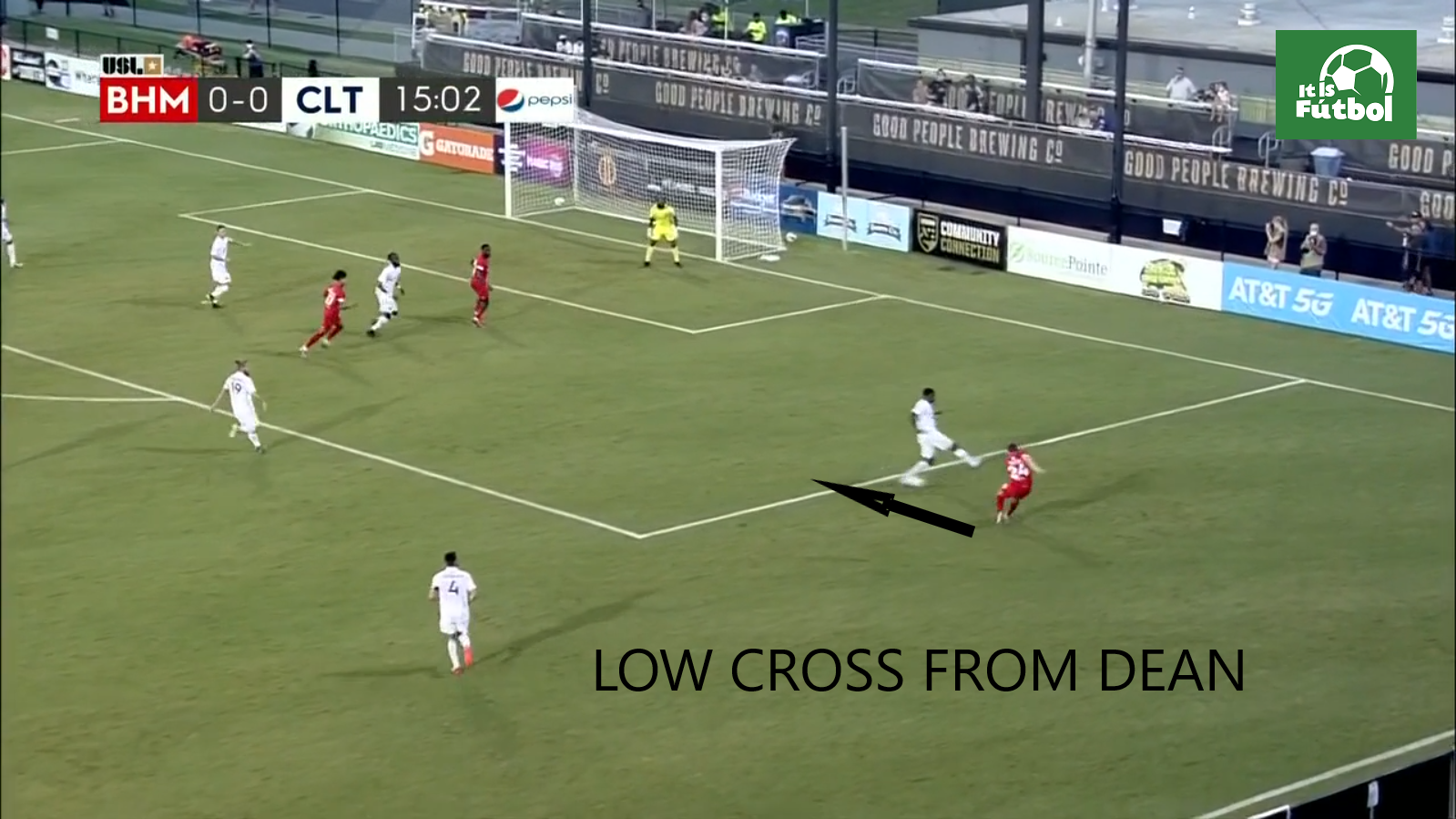 Retaining possession: He has good control for long balls, he has the body to protect the ball from pushing. His attitude is more to go forward and take risks rather than keep the ball and pass to the back.

Forward runs: One of his most consistent characteristics is this one, he is always looking to go forward, he passes and runs forward almost all the time. He does it on both sides of the field. In the final third he tries to make the diagonal to the center instead of the wide area, which puts him in scoring or assisting position inside the box. With the ball, he uses his pace to take on defenders (1.95 dribbles per 90 minutes with 65.5% of success and 1.28 progressive runs per 90).

Supporting play: He keeps stretching the backline with his runs, he attacks the space behind the fullback with his runs. He has dynamism and moves to be the free man. During the build-up sometimes his locations are too high in the pitch to help the central defenders, he is trying to move forward and take the risk instead of retaining the possession and have more patience.

Other aspects: He fights every single ball with impetus, he has a warrior attitude. The few times that he complains about a foul is when Birmingham is losing. Also when his team is losing he has a sense of urgency and plays quick throw-in.

Jonathan has the skills to be a starting XI in MLS as a right-fullback in a team with quick transitions, he has the body and the mindset to play going forward and backward the 90 minutes with high intensity. He needs to get better with the circulation of the ball and not to get out of position when he is pressing, but it is not a big problem that happens all the time. He has shown a professional attitude that makes me think that he can keep growing and developing as a player in the next couple of years, this is just his 1st professional season.